How to Get Rid of Mould in Your Home 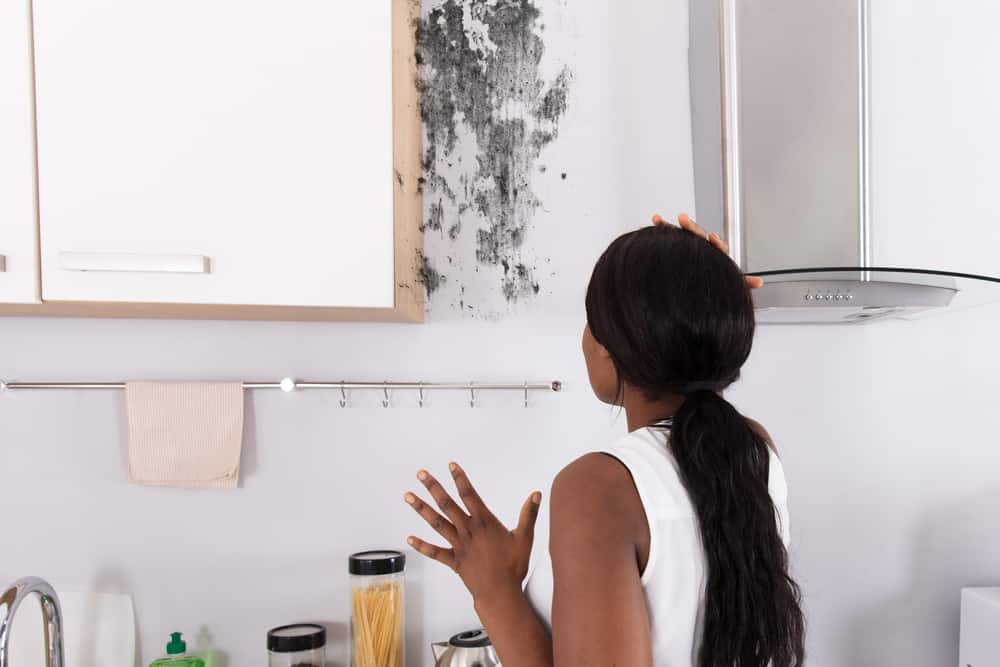 Mould is a serious nuisance that affects almost every home at one time or another. Spores in the air can affect your health so it is important to deal with mould as soon as you can – but this is sometimes easier said than done.

Black mould, or mildew, is the most common type of mould found in homes, and the easiest to deal with. It can be alarming to discover black mould in your home, lurking around bathroom tiles, on walls or ceilings or behind furniture.

Although frustrating, it is not unusual, and thankfully not very difficult to remove. In this article, we’ll be discussing how to get rid of mould in your home once and for all in the following topics: how much it costs to remove mould, what affects the cost of mould removal, how to save money on mould removal, what causes mould and how to stop it, what’s involved in removing black mould and how to find and hire a mould removal service.

If you have a black mould problem in one of the rooms in your home, keep reading to find out how to get rid of it for good.

How Much Does It Cost to Remove Mould?

The cost of clearing mould should fall in between £50 to £350 per room, depending on the severity of the problem:

Common costs are £50 to £350 per room for mould removal; while for entire houses the cost can rise to between £800 to £1,000, depending on the size and the severity of the infestation.

What Affects the Cost of Mould Removal?

The severity of the mould will impact the price of your mould removal.

If it’s spread to multiple rooms and is causing significant damp problems, this will cost more than just an isolated area in a bathroom, or on some grouting.

This is why you must have good housekeeping in place to stop problems from spreading so quickly in your home.

How Can I Save Money on Mould Removal?

The best way to save money on mould removal is to simply not have it grow in the first place. This means good housekeeping activities like airing damp rooms by opening the windows, using the extractor fan or removing damp items (such as towels or bath mats) from compact spaces all help to reduce the spread of dampness.

Before mould properly takes hold, you can do some simple housekeeping to make sure your areas are properly cared for.

Activities like cleaning down showers or wet tiles once they’ve been made wet can stop the dampness from setting in groutlines and seals – which will add a bit of time onto your shower routine, but will be worth it in the long run if you want to avoid costly repairs.

If it’s a small area or just a few simple items that have been affected by mould, it’s in your capabilities to tackle the problem yourself, cutting out the need for hiring professional help.

See our later sections on mould removal to learn how to do it yourself.

What Causes Mould and How Can I Stop It?

The most common cause of mould in the home is damp from condensation or a combination of high humidity and poor ventilation.

Black mould is often found in bathrooms, around windows and behind furniture. Bathrooms have high humidity and are often home to damp towels that hold moisture.

Mould forms around windows because they are the coldest point in the room and condensation builds up around them. Mould on ceilings often appears near the edges, where insulation is lacking.

Black mould on walls often develops behind large or fixed pieces of furniture, where airflow is limited.

If you want a truly mould free home then cleaning off the mould is only the first step.

Anti-mildew paint can be applied to a clean area to discourage future growth but it cannot prevent the build-up of condensation. There is only one sure-fire way to stop mould from ever coming back: find the cause and fix it.

Mould thrives in a humid environment so the simplest way to prevent regrowth is to ensure that there is no damp in your home.

Use extractor fans in the kitchen and bathroom, avoid drying clothes indoors, and open the windows to air the house whenever you can. Adequate ventilation will prevent the build-up of damp.

If you are still struggling to keep your home dry, a dehumidifier can be a great investment. You can pick up a small model for as little as £100, which is a lot cheaper than frequent redecorating.

If you hire a specialist to deal with your mould problem then they should be able to give you specific advice about preventing the return of the problem. This is why it’s important to choose a reliable and knowledgeable contractor. 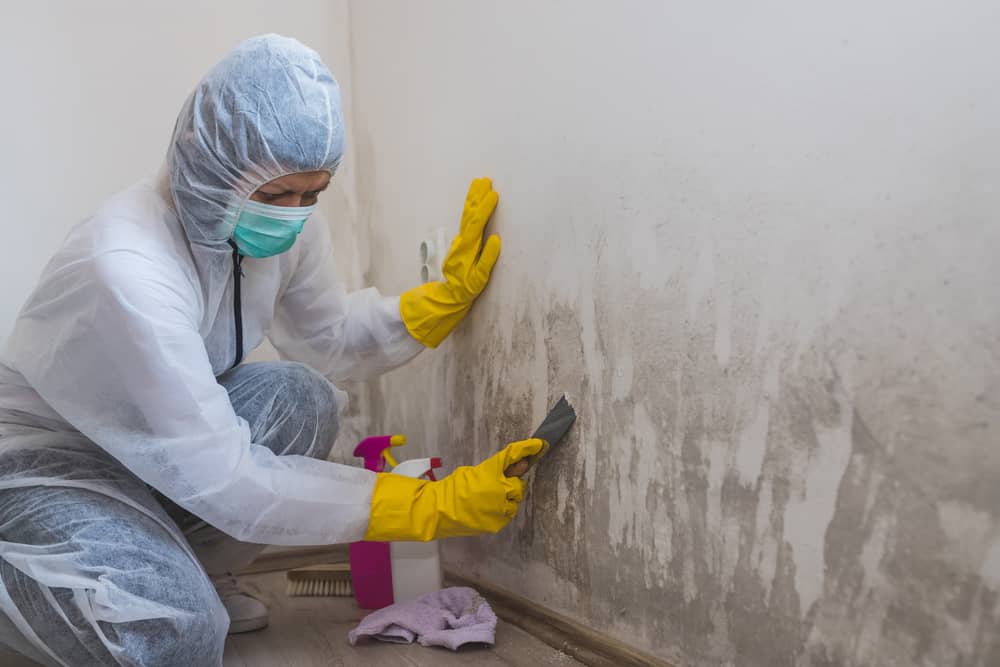 Depending on what surface the mould is present on, the routes to removal will be slightly different.

If you have a small area of mould and are ready to tackle it yourself, you need to start with some simple equipment – the good news is that you will probably have the basics in your cleaning cupboard!

It’s important to protect yourself from the mould spores you are about to shake loose, so it’s good to make sure that the area you are cleaning is well ventilated. Open any windows and set up a fan if you have one.

Once you are happy to begin, apply the cleaning solution and scrub the black mould well with the brush. You might want to test a small area first to make sure the solution doesn’t damage your paintwork.

Unfortunately, removing mould from fabric is a little more difficult. If the mould is bad then you might be tempted to simply throw away the items and start again – but, there are a few things you can try first.

It’s best to dry the item thoroughly and brush off the mould with a clothes brush or old toothbrush. Do this outside, if possible, and make sure your mouth and nose are covered.

A vacuum cleaner can also be used on furniture to remove as much mould as possible.

A normal detergent or a light bleach solution can be used to gently clean fabrics. Always check the labels first and spot check on an inconspicuous area if needed, as non-colourfast items will be faded by the bleach.

Some clothes can be washed in the machine with a little bleach added to the tub while others may need specialist dry cleaning to remove mould.

How Do I Find and Hire a Mould Removal Service?

Asking friends, family and neighbours for recommendations is a great way to get rid of cowboy traders from your search – and will save you time in vetting someone yourself!

If no one can suggest a professional, using HouseholdQuotes can cut your search time in half by comparing traders from one simple search, often helping to save you up to 40%.

Ensuring the Professional Is the Right Fit

A written quote is the first thing to secure so you and the professional know what’s expected of either party.

Then, usual checks of insurance and asking for their experience in past jobs is useful to garner if they’re a good match for you and your needs.

If you’re through with looking at discoloured walls or want to end your mould problem for good, this is what we suggest:

Can I Remove Mould Myself?

A small amount of black mould in the home is a common problem and one that is relatively easy to fix yourself. See our guide below on how to remove mould from certain surfaces.

How Do I Remove Mould From Walls, Ceiling, or Grout?

You can then start to scrub the black mould with the brush, testing a small area first to check the solution doesn’t affect your paintwork.

More serious infestations might need a specialist mould removal product, and as with any chemical cleaning product, make sure you follow the instructions carefully. HG Mould Remover comes highly recommended by reviewers.

How Do I Remove Mould From Carpets, Towels, or Furniture?

If you have clothes or furniture that’s been affected by mould, it’s best to clean it off sooner rather than later to save yourself from having to discard the item entirely and start again with something new.

To clean off small areas, this is what you should do:

Can You Paint Over Mould?

Painting over mould will not stop the mould – it will just give the cosmetic appearance of the mould being gone.

You need to prime the area first to ‘lock’ in the mould, then paint over the area and leave to dry fully.

If you have been left with discolouration from a past mould problem, this can be a good way of finishing the job – but painting over active mould won’t stop it from coming back through the paintwork. 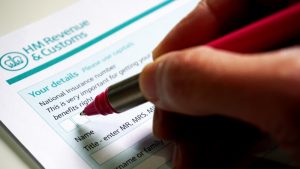 A Guide To Benefit Entitlements 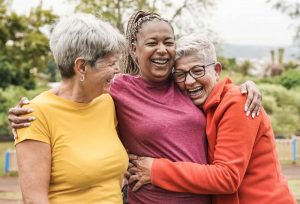 Benefits and Grants for OAPs 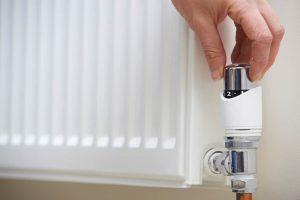 A Guide To Central Heating Grants 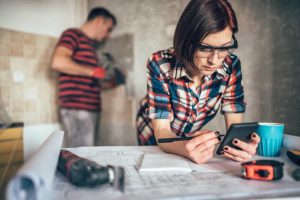 5 Ways to Save Money on Home Improvements 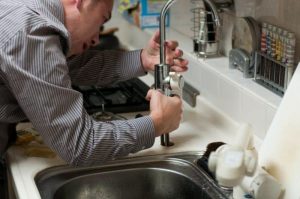 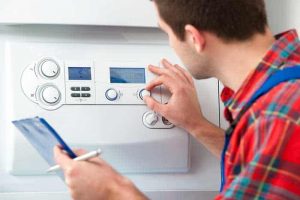 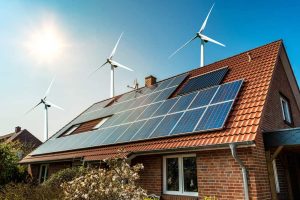 How to Save Money with a Domestic Wind Turbine 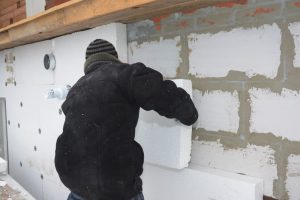 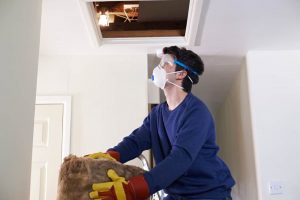 Save Money with Free Loft Insulation 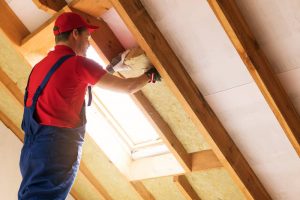 How Much Does Loft Insulation Cost?